Collaboration between Cristiana Cott Negoescu and the Instituto Italiano di Technologia – The Social Cognition in Human-Robot Interaction department supervised by Prof. Agnieszka Wykowska. With the support of Nicolas Spatola who operated the iCub robot, the water flow and the lights. This work was realised as part of the residency Generation A=algorithm made possible by the Goethe Institut Italien.

The audience enters one by one or in pairs. Once inside the visitors are be able to see a robot (iCub) in a corner of the room and the performer lying on a bench in the middle. Placed on her head is a transparent half sphere made out of acryl plastic. A water hose is attached to it. Behind the bench, on the wall, a mini computer regulates the flow of water with a valve. When the water is released, a hose flushes the water to the performers’s mouth.

Once the visitors acknowledge the setting in the room, a spotlight illuminates the robot and iCub addresses the visitors. The humanoid lays out to the audience the possible the courses of action they are asked to choose from.

Eventually the water starts flowing into the performer’s mouth, creating the uncomfortable circumstance of a person appearing to struggle to breathe. To stop the water flow, the visitors were advised before by the robot of the options to say “stop” or to show any sort of empathetic reaction to what is happening. Then, the teleoperated robot acknowledges this decision/ behaviour and the water flow stops.

In case the visitors remain passive, the water stops only after a 40 second burst and the iCub informs them, that it didn’t detect any reaction and that the water was only stopped to protect the performer. This ends the performance. 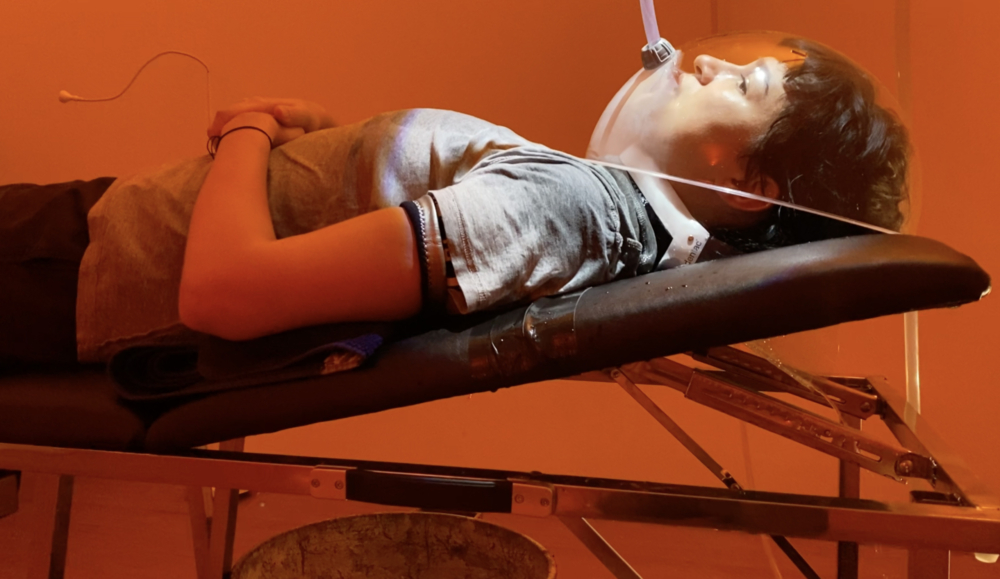 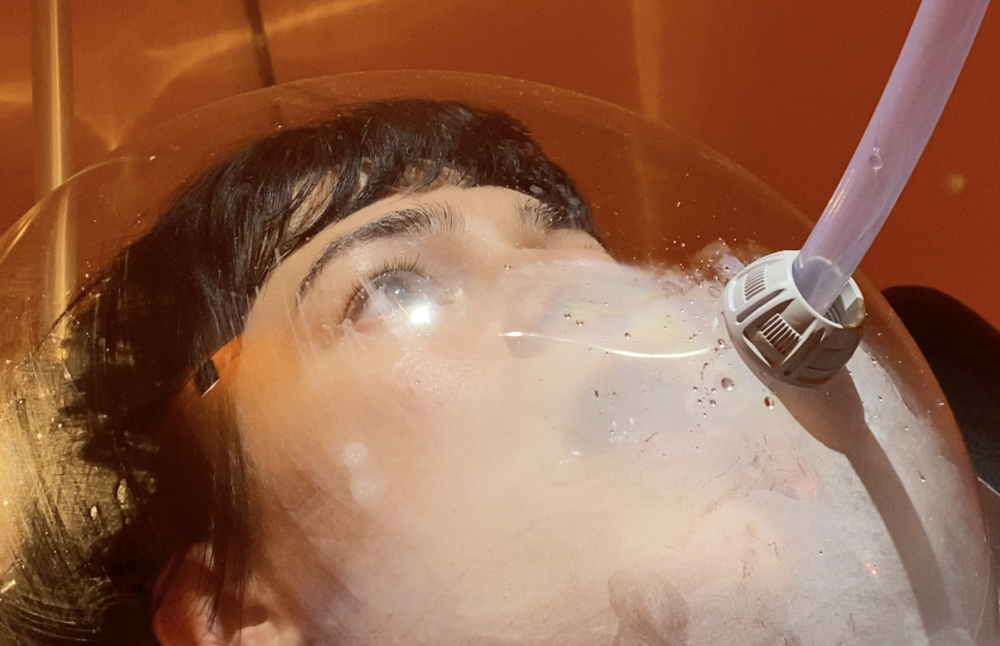 Water can be destructive, even if it is a vital element. Water gives and takes, we are never really in control of water, but it can control us. Climate change causes extreme weather due to human behaviour. We use and abuse this element. In this performance water is a menace to performer and we explore how quickly we realise this and take decisions in favour or against the performer.

This project aims to appeal to the public’s empathetic emotions and understand how quickly people react when confronted with a distress situation. In an immersive way, the public needs to communicate with the humanoid robot.

Technology can be an aid or a tool, but in most cases it is the decisions of human beings that determine the outcome of a situation. When people react empathetically towards other people this has an effect on a situation and in this extreme example empathy stops people from drowing.

Here in an artistic, social experiment, we observe how human beings react to each other and how they react to humanoids. When in pairs a reaction was observed on an average in 28 seconds to the distress situation presented for 64% of the visitors. When alone they reacted 54% of the time on an average of 31 seconds.