After you wash it, it’s like nothing has happened

This is about the dialogue and the traces of all the scars and injuries left after men and women hurt each other. The inability to empathise with the other. Will you be able to forget or wash away completely the pain? Will you be able to reach the point of no pain?

Initially, the performer is completely covered in lipstick. She sits naked on a chair until the audience enters the room. A tub with water lays in front of her, two bars of soap, and two red lipsticks. A drying line with white clothes hangs on spans across the room.

The performer stands up in the tub and begins to wash herself. She washes off the lipstick with the white clothes. She does not succeed in cleaning herself or the clothes completely, but when most of her body is cleaned she stops. She gets out of the tub, picks up the first lipstick, puts lipstick on my lips and puts the lipstick in her mouth. She picks up the second lipstick and smears it on her vagina and then puts it inside. Lastly she gets dressed with fresh white clothes and leaves the room. 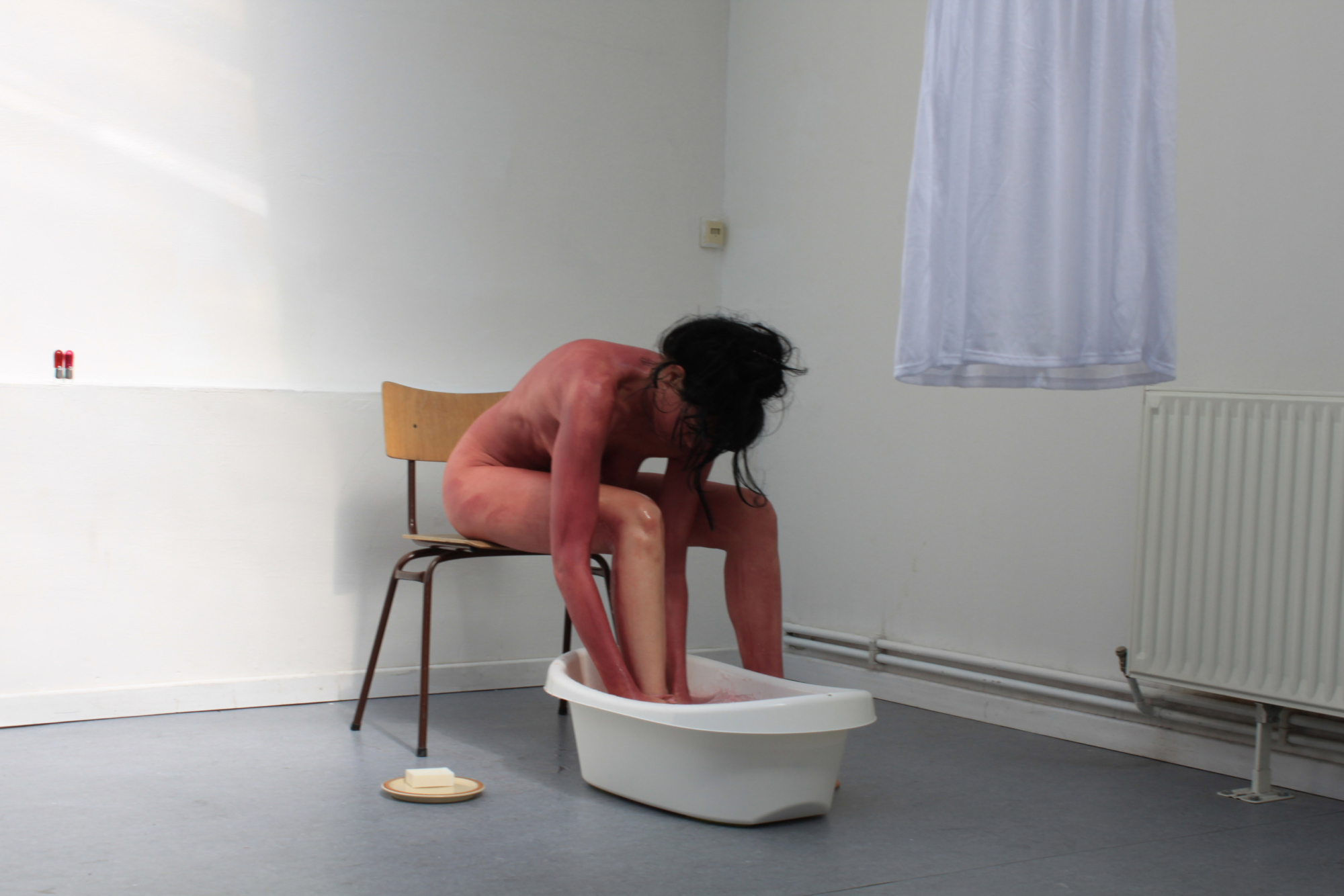 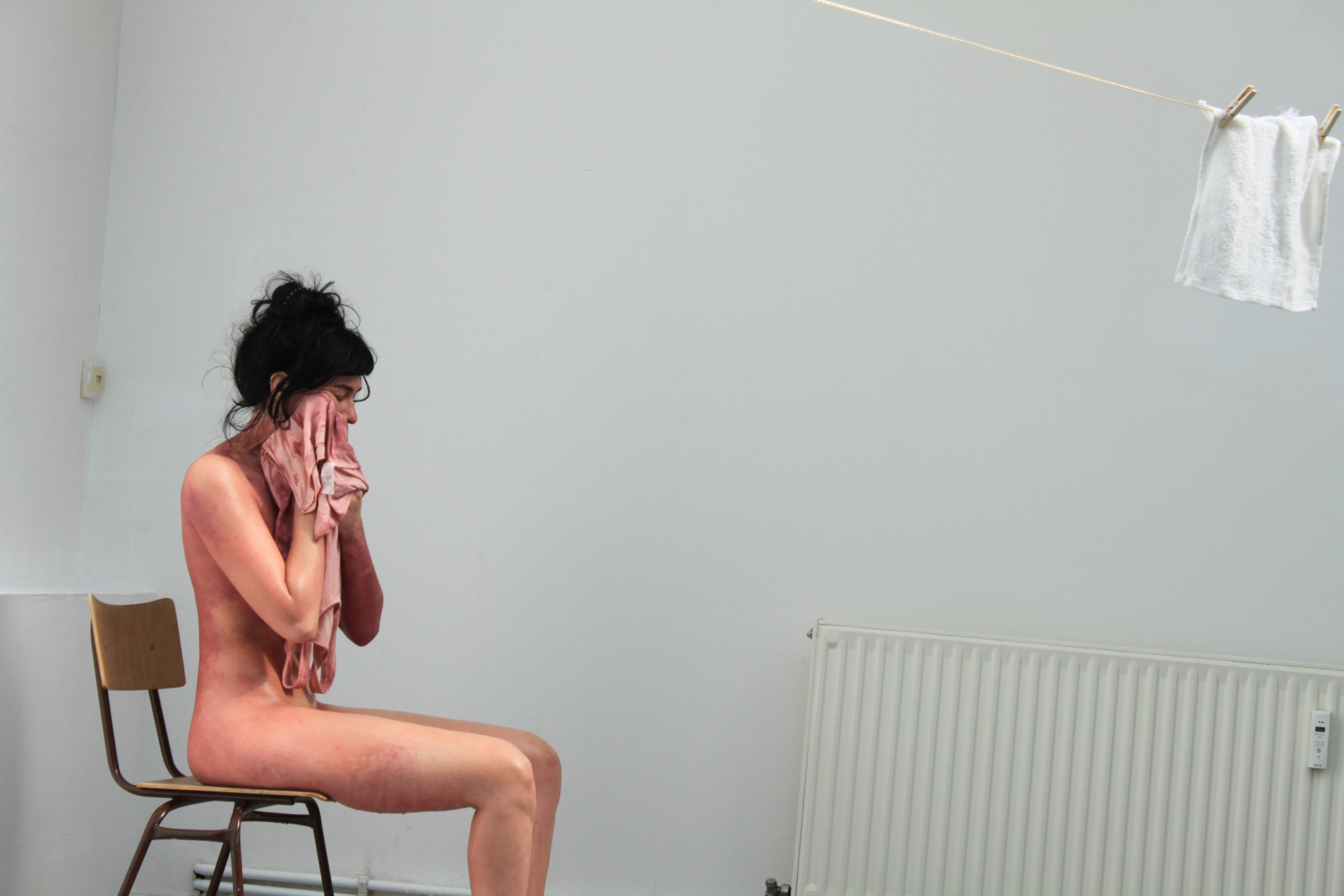 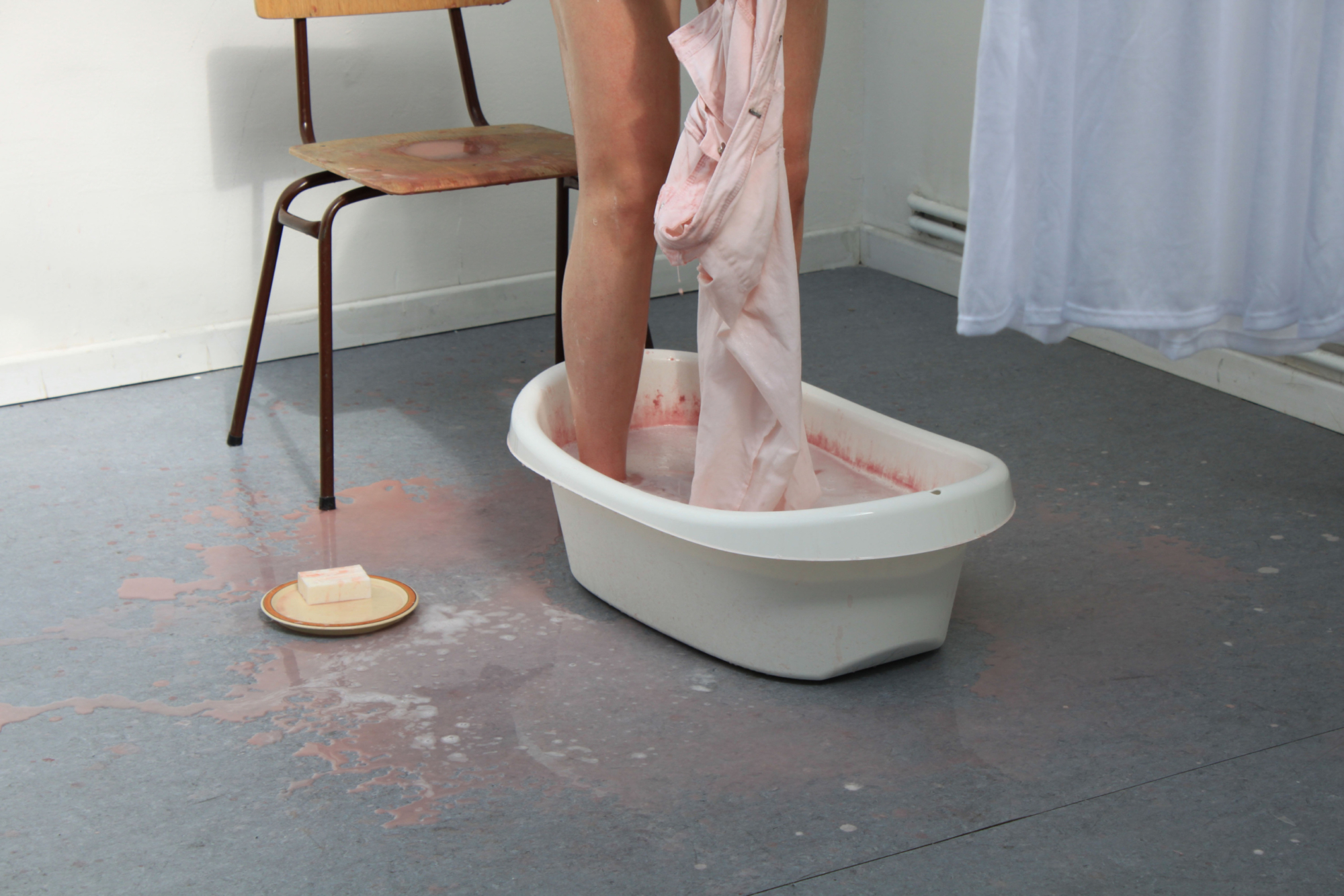 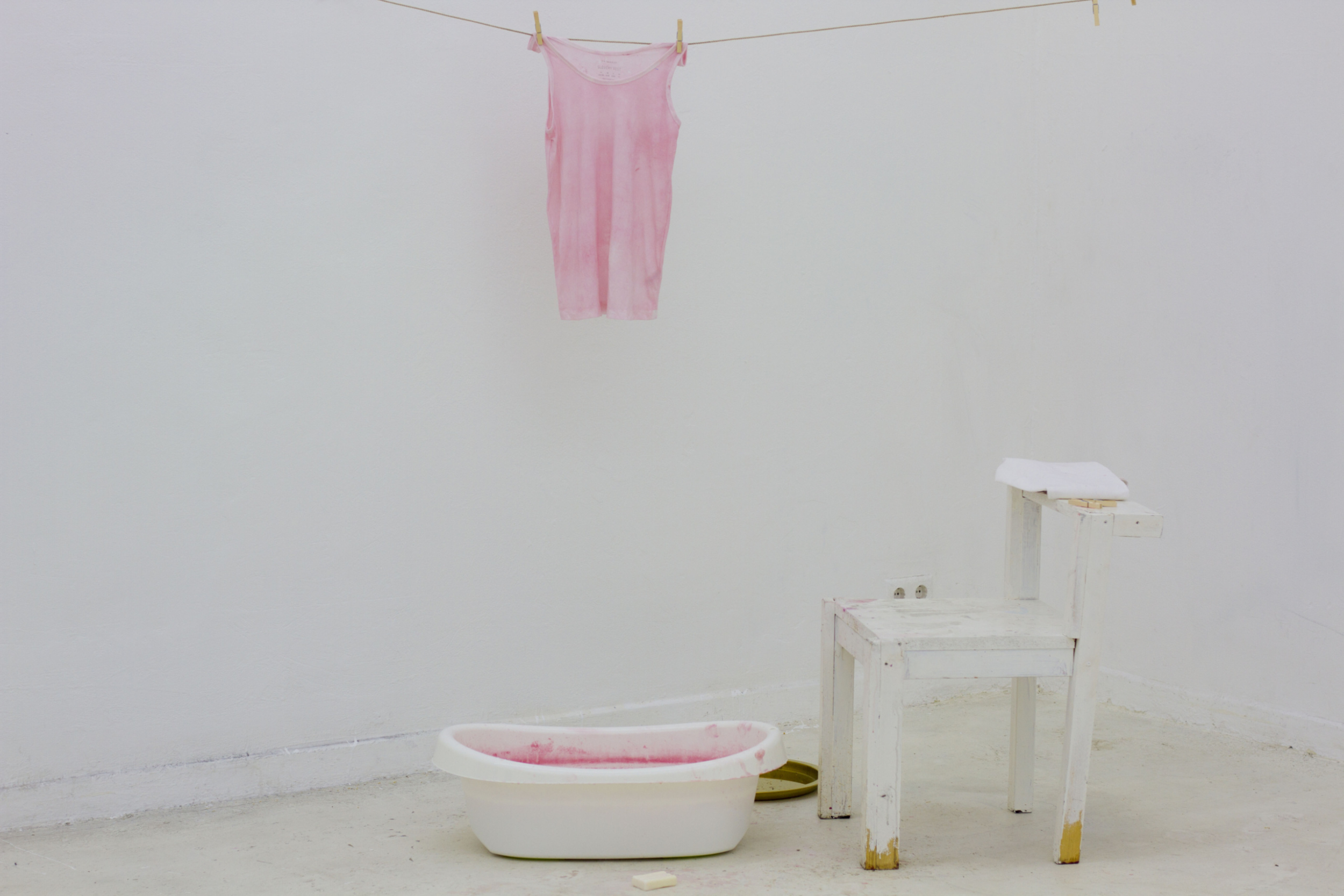 “After you wash it, it’s like nothing has happened” is a performance inspired by a news article about a 13 year old Indian girl who was gang raped and murdered. During a sexual education lesson, the teacher who also used to teach in the class of  the murdered girl said:

“ No wonder she was raped and murdered, she was wearing lipstick and a short skirt!”

This performance is suggesting that this mentality is not an isolated case, or a slip of mouth and that many people think that women are to blame for rape, that they indirectly caused it by wearing make-up or what clothes they had on.

Notes from the Performer:

It was an amazing experience to perform in Ilka Theurich’s atelier. So many unexpected things happened, partly because I had a limited view and because I was concentrated on the performance.

It was very warm and beautiful outside and I thought that people would not come at all to the performance, but still they came and viewed the whole performance.

They were not moving in the room, but sitting in one place.

In the beginning a woman came and asked me if it is ok for her child to also come and watch and I told her that it is ok, with two notes, that the image might not be appropriate for children and that if he starts to shout, then they would need to go out. She said that’s cool with her and came in, in the beginning.

The child sat down on the floor, in a place that did not allowed me to have him under observation the whole time, and I was thinking in the beginning&nbsp; that like any other child he will start crying and become impatient.

I did not hear a peep throughout the performance. I almost wanted him to say something because the moment was so surreal that it was so quiet and the whole crowed was engaged and attentive and it made me feel that we are connected completely in a white room.

I wanted to say something to this child, but my German is not that good and I experienced this moment of shyness towards this child, that I will probably never see again, but I will remember for a very long time.

We stared at each other after a while, until we both blushed, he turned to his mother and I also wanted my mother there to turn around to her, but instead I turned around to the other adults forcefully becoming one again.

This performance has had almost 3 million views while being uploaded on YouTube. Throughout the time that the video was online, amongst other comments, hundreds of very hateful sexist, misogynistic, body-shaming and many other insults appeared. I did not answer any of them.

After 6 months, YouTube erased any trance of the video and said that the video is not appropriate and that it would not comply with YouTube rules.